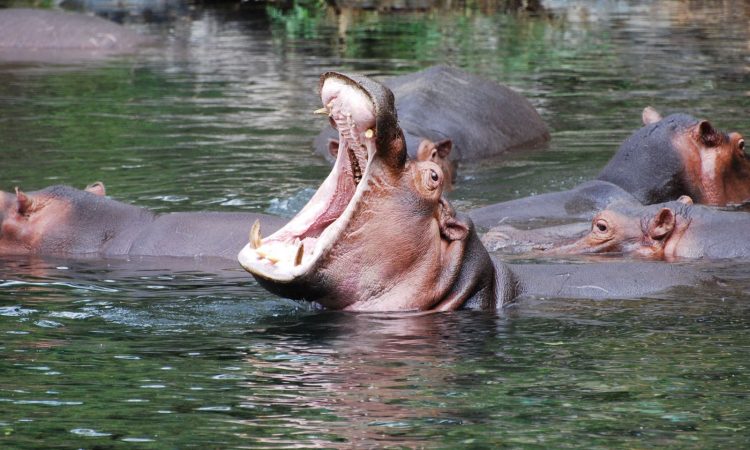 Though Tsavo national park is famously known for its wildlife such as the Man Eaters, elephants, cape buffaloes, rhinos, leopards among others, the parks are more than just wildlife and below are the other highlights to find in the park.

HIGHLIGHTS OF TSAVO EAST AND WEST

The Shetani Labe flow is one of the remarkable highlights of Tsavo West national park, the lava flow is the most spectacular of the many stark volcanic landmarks scarring the northern circuit of Tsavo West national park. Shetani flow is a 200 year old stream of jagged tar-coloured solidified magma, this feature was named Shetani by the locals. Shetani is a Swahili word meaning the “devil”. According to the locals, the lava flow is where the Satan merged to earth from and they avoid this lava flow. The oral traditions of the local people recall that many people and animals were buried alive beneath the fast-flowing fiery lava during its eruption about 200 years ago from the nearby Chyulu Hills.

Mzima Springs are a fascinating geological phenomenon and a beautiful oasis-like pool of water found in Tsavo West national park, the springs are fed by a sparkling clear subterranean stream rising in Kilimanjaro before being filtered through the porous volcanic rocks of the Chyulu Hills thus also Discover Tsavo national park.

The Mzima Springs are the main water to source for Tsavo West national park, Mombasa and the neighboring areas. The springs support a lush groundwater forest of palms and fever trees, plenty of woodlands hosting abundance of wildlife including several species of aquatic birds and hippos in the pods, the hippos are normally seen underwater from a submerged observation chamber.

Lake Jipe is a shallow sump-lie water body and an inter-territorial lake straddling the borders of Kenya and Tanzania, on the Kenya side the lake is set in the far south of Tsavo in the village of Nghonji below the North Pare Mountains of Tanzania.

Lake Jipe attracts abundance of wildlife such as elephants and  large numbers of hippos and crocodiles, the lake is also an ideal destination for boat cruise offering an opportunity to see various localized aquatic birds such as lesser jacana, pygmy good and black coucal thus Discover Tsavo national park.

Lake Chala also known as Lake Challa is a crater lake straddling the border between Kenya and Tanzania, this translucent Crater Lake is situated on the Southern foot slopes of Mountain Kilimanjaro bordering Tanzania.

Lake Chala is approximately 3 kilometers in diameter, however it is practically invisible until you are on top of the rim of the caldera where it nestles.

Taita Hills are isolated Hills – the only Kenyan component of the Eastern Arc Mountains, these hills are lie on the border of Tsavo West rising to 2,208 meters with a series of 13 massifs dominated by ancient forests known for their high level of endemism. Taita Hills and its forests are renowned among the best birding sites in Kenya, the hills are the only place in Kenya to see the critically endangered Taita thrush, Taita apalis, Taita White-eyed and Taita falcon.

The Aruba Dam is a significant feature in Tsavo East national park and a focal point for game viewing, the Dam was constructed on Voi River in 1951 and it forms the only permanent source of water in the area. During your Kenya safari to Tsavo East national park, you will be able to see lions resting below the trees dotted around the Dam. Other animals to look out for include cheetahs, impalas, Coke’s hartebeest, zebra and gazelles on a road running west towards Voi Gate thus Discover Tsavo national park.

Lugard Falls are one of the most significant landmark on the Galana River that runs through Tsavo East, the falls have a sequence of rapids that flow across a bed of black dolomite striated with white quartzite rocks.  Adjust to Lugard Falls, there is a hippo pool where you will spot hippos.

Mudanda Rock is a major landmark in Tsavo East national park, the rock is a 1.5 long feature overlooking a waterhole attracting abundance of wildlife such as elephants, buffaloes among others which come to drink water ad wallow in the mud. At times, leopards emerge towards dusk.

Are you interested in visiting and exploring Tsavo East and Tsavo West national park? inquire about our safaris at info@tsavonationalparkkenya.com