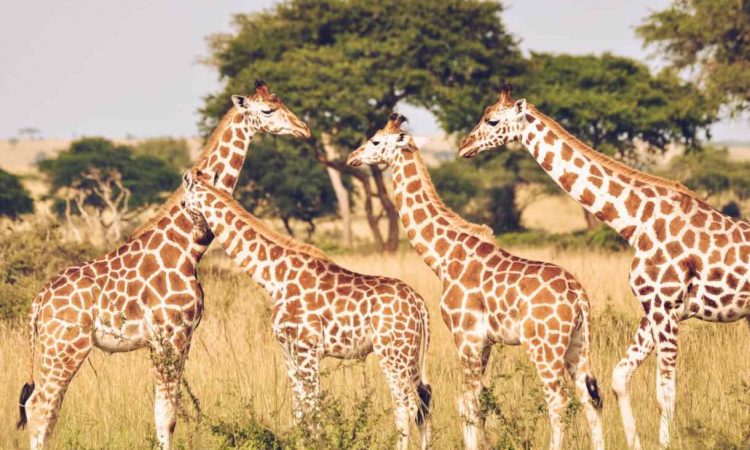 Tsavo East National Park Activities 2022 : Tsavo East national park is one of the oldest and largest parks in Kenya at 13,747 square kilometers. It is situated in a semi-arid area previously known as the Taru Desert it opened in April 1948, and is located near the town of Voi in the Taita-Taveta County of the former coast provinces.

Tsavo East is one of the largest game reserves in Africa situated mid-way between Nairobi and Mombasa. The Galana River passes through the park and this provides life giving waters in the arid region. It is home of the largest elephant herds in Kenya.

The Tsavo national park has a moderate climate as it located close to the equator. The temperatures range between 20 0 and 30 0c.There are two wet seasons, the long rains between march and April and the short rains between November and December.

Tsavo east national park has a diversity of activities which visitors can participate in. These activities range from flora and fauna to other naturally built aspects in the park.

Camping in Tsavo East national park can be done either at the community camping sites or private camping sites. These sites are located in good animal viewing areas and are protected by rangers. From your tent balcony, you can easily view animals at your comfort and the most exciting moments about camping are being awoken by the birds singing or the roar of the king of the jungle patrolling its territory.

Tsavo East national park is rich in wildlife much as it is less visited. This makes it one of the best protected areas to visit especially by visitors who do not love crowds. Its popularity comes from the large red wallowing elephants which have been called red elephants.

Game viewing in Tsavo east national park is so rewarding due to the rich wildlife variety. Most notable are the big five especially the red –dusty elephants, lions, cape buffalos, leopards, and the rhino. These game drives are done following tracks which usually lead to the water holes where animals gather. Other animals you are likely to encounter includes giraffes, impalas, zebras, cheetahs, dik- dik among others.

Tsavo East national has over 500 bird species which offers a truly distinctive and unbelievable birding experience. These many of the dry-county specials easily spotted as the vulturine Guineafowl,Ortolan Bunting, Levant Sparrow,Savi’s Warbler, Bat-like Spine tail, Yellow-throated, Sand grouse, Golden-breasted starling and the Golden Pipit. Tsavo East national park is also the southern hotspot of the Somali Ostrich and migrate species from Europe.

Hanging over a natural dam close to the Manyani dam. This massive 1.5km long rocky outcrop attracts herds of elephants and other wildlife to drink water especially in the dry season. The inselberg acts as a water catchment, supplying the natural dam below it. The outcrop also gives advantage point for the varied wildlife that freely roam the park and spectacular views of the park thus Tsavo East National Park Activities 2022.

This prehistoric lava flow located to the North of Galana River stretches about 300km and is considered one of the oldest lava flows in the world. Visitors can enjoy refreshing a scenery accompanied by the history of this formation.6.

The dam was built in 1952 and acts as a water reservoir, attracting different wildlife species. This offers another opportunity for visitors to come across these animals while engaging in other activities in the park. Buffalos, Elephants, Dik-dik and other animals are spotted here.

The most recommended months to visit Tsavo East National Park is during the long dry months from July to October and December to March to most of African Mecca visitants to Tsavo, the park can be without adequate precipitation, plants and grasses are sparse at best, and seasonal watering holes are dry.

The minimal vegetation and diverse groups of animals afford you to view numerous species in a central area, especially herbivores, much more easily than when dispersed wildlife have more options for eating and drinking. These prime conditions draw many guests, both locally and internationally.

It is generally advised to avoid March to May, the long rainy season.

Where to stay in Tsavo East National Park.

There are number of accommodations in Tsavo East national park ranging from budget, midrange and luxury.

How to go to Tsavo East National park.

Tsavo East National Park can be accessed through two means of transport that is road, railway and flight means.

Tsavo East is in southeast Kenya, 325km/201 mi from Mombasa and roughly five hour drive. The main access routes are through Chylu Gate from Amboseli and Mtiti Andei Gate from Nairobi .Guests from Mombasa will make use of Tsavo Gate near Manyani.

Tsavo East national park is one of the few protected national park to have railway pass through the middle of the park, thus making it possible to access the park by those travelers who do use the railway.

There are no scheduled flights to Tsavo East, but there are3 several airstrips available for chartered flights. There are a number of airlines that operate flights to the various airstrips in East Tsavo national park. You can book flights from the Wilson airport or even Jomo Kenyatta international port to any of the available airstrips in Tsavo east national park like Batumi airstrip, Aruba strip, Sangayaya airstrip, Voi airstrip, Sala airstrip still you can apply for your flight through online.